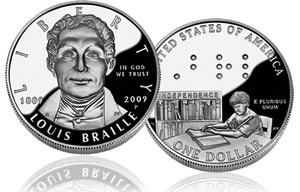 All of our physical exhibits are located at the National Federation of the Blind national headquarters in Baltimore, Maryland. We welcome walk-ins, but to maximize the benefit of visiting the library, we urge you to request an appointment.

The Architecture of Identity: Celebrating History and a Shared Vision for Peace

Explore the key architectural and decorative features of the Monumental Arch of Palmyra in Syria. This tactile exhibit is currently traveling across the United States in parallel with a sister exhibit in the United Kingdom. It represents a bigger project in collaboration with the UK’s Royal National Institute for the Blind, the New York Public Library, and the National Federation of the Blind to develop and deploy 3D printing technology to help to make architectural cultural heritage more accessible to the blind. This exhibit is presented by the Institute for Digital Archeology.

This was the first vehicle used in the NFB’s innovative project, the Blind Driver Challenge, which created the first car a blind person could drive independently. Developed in partnership with the Robotics and Mechanisms Laboratory at the Virginia Polytechnic Institute, and driven by NFB President Mark A. Riccobono on the Daytona International Raceway in 2011, the Blind Driver Challenge created ground-breaking new technology and shattered misconceptions about the capabilities of blind people.

This is a tactile exhibit dedicated to the NFB-sponsored Everest expedition featuring Erik Weihenmayer's 2001 ascent of Mount Everest. The installation was created by tactile artist Ann Cunningham and was unveiled at the opening of the Jernigan Institute in 2004.

From the Earth to the Universe

From the Earth to the Universe is a tactile/visual exhibit on radio astronomy which was presented by NASA to the Jernigan Institute in 2010.

Created by tactile artist Ann Cunningham in 2011, this sculpture pays tribute to the founder of the NFB and our library’s namesake.

The Louis Braille commemorative silver dollars are two coins that were sent into space on a 2009 shuttle mission. These are proof coins and cannot be inspected tactually, but a copy of the NASA certificate in Braille, to which are affixed two Louis Braille coins, may be touched.

The NFB awards display is a plaque display honoring the winners of the NFB’s most prestigious and longest running awards: the Newel Perry Award (1955-2016), the Jacobus tenBroek Award (established 1976), and the Kenneth Jernigan Award (established 2011).

Highlighting the many STEM programs that the NFB has undertaken since the Jernigan Institute opened in 2004, the tenBroek Library is home to two strange contraptions: a space capsule and a canoe.

This exhibit features the crooked white cane Jacobus tenBroek used before he was introduced to the (straight) long white cane.

The Jacobus tenBroek Library is pleased to partner with Digital Maryland in the creation of online exhibits that highlight significant events and figures in the history of the organized blind movement. Digital Maryland is a collaborative, statewide digitization program that provides free access to historical and cultural artifacts held by Maryland institutions and individuals. The program is headquartered at the Enoch Pratt Free Library State Library Resource Center in Baltimore.

The Founding of the National Federation of the Blind

The founding of the National Federation of the Blind online exhibit explores the events immediately before, during, and after the founding meeting of the NFB at the Hotel Redington in Wilkes-Barre, Pennsylvania, on November 16, 1940. It includes correspondence between the organizers and attendees who would go on to become the first Federation leaders, and the minutes of the founding meeting, which took place at the Pennsylvania Federation of the Blind annual state convention. This exhibit also includes correspondence between NFB founder Jacobus tenBroek and his mentor, Newel Perry, discussing the need for a national organization of the blind, the results of the meeting, and the early tasks pursued by the Federation.

This online exhibit mainly focuses upon Jacobus tenBroek’s life outside of his work with the NFB and the organized blind movement, including his post-secondary education, initial struggles to find work as a college professor, teaching career, family life, and research projects.

This online exhibit includes correspondence, photographs, and documents related to the professional career of Leonard A. Robinson, a blind lawyer and government employee who was involved in the passage of the Randolph-Sheppard Act and the development of Blind Services in the United States Department of Vocational Rehabilitation.