Woman to Woman: Passing the Torch in Illinois

Woman to Woman: Passing the Torch in Illinois

by Patti Chang and Denise Avant 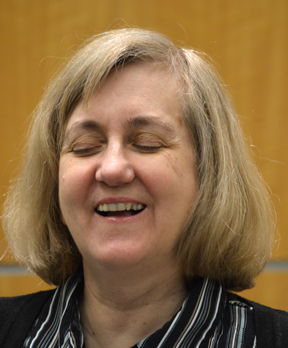 I am Patti Chang and I served as president of our Illinois affiliate from 2006 to 2014. I attended two of our leadership seminars in Baltimore. We discussed succession at both of them. When Debbie Pittman called me about helping her friend Denise with reader issues, I had no idea that Denise would become my successor. My transition to the presidency was abrupt and unsettling for our affiliate because my predecessor resigned very close to our state convention, and I knew we wanted to do better when I opted not to run again.

I saw Denise as a leader pretty early on. She has a presence about her that marks her as a leader. Once Denise agreed to run, we began working together more. I introduced her to our Illinois partners and allies. We use Dropbox for file sharing, and we gave Denise access to all of our documents including protocols, forms, minutes, fliers, agendas, and the like. We were very transparent about the fact that we were putting time into training Denise and that I intended to support her run for president. Denise and I continued to work very closely on many issues in her first year as president mostly by conferring on the phone regularly. After the first year, Denise called on me less and less for that level of support, and she managed her transition from the presidency with grace, integrity, and intelligence. Having two well-managed transitions in leadership has made our affiliate stronger and more stable. Facilitating a smooth transition is one of the things that makes me proud when I look back to my presidency. 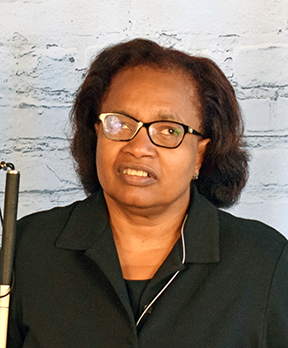 My name is Denise Avant, and I served as the president of the Illinois affiliate from 2014-2020. It is a joy and privilege to be an elected leader in the largest advocacy organization of blind people in the country. My goal was to be president for three or four terms. For an affiliate to remain energetic, enthusiastic, and inclusive, there should always be opportunities for people to advance to leadership. And it should be as smooth a transition as possible. So, over the years, I thought about who would succeed me. With this being Women’s History Month, I am reminded that our affiliate has many talented women leaders.. Before and during my presidency, I received mentoring, training, and support from my predecessor, Patti ti Chang. Cathy Randall, who was our affiliate’s first woman president, also provided love and encouragement. With these women as my examples, I wanted to provide the same for anyone succeeding me.

In 2016, Marilyn Green contacted me because she was interested in attending law school but was experiencing vision loss. I did not want to see Marilyn give up her dream because she thought, as a blind person, she could not be a lawyer. I talked to her about how I practiced law as a blind person. I encouraged her to attend chapter meetings so she could witness for herself blind people leading the lives they wanted.

Marilyn attended the at-large chapter meetings. In 2017 she came to our convention in Orlando, and of course, like so many before her, the convention changed her life. From then on, no matter what activity I assigned her, she did it with intelligence, energy, and love. She quickly learned about and embraced our philosophy. I knew I need look no further because the Illinois affiliate had found its next leader, and she just happens to be my sister and friend.

By Justin Young I have been a member of the National Federation of the Blind since 2009 when I was involved in the New York Association of Blind Students. I have always had a passion for legislative and advocacy work. I have held several leadership roles in the New York affiliate since 2017, and I was excited to be asked to join the national staff as a government affairs specialist in late January 2022. Some of our legislative priorities that I work on include the Medical Device Nonvisual Accessibility Act and the Transformation to Competitive Integrated Employment Act, which I gave a few updates on during the 2022 National Convention.
Read Justin Young's thoughts on the anniversary of the ADA and improving web and app accessibility.

By Gary Wunder
Learn about the Braille Monitor from the Editor