What Pride Means to Me

What Pride Means to Me

Each year in June, the LGBTQ community celebrates Pride Month—a month where we celebrate who we are and what we’ve accomplished. During my time at Louisiana Tech University working on my graduate degree in orientation and mobility, the self-confidence that I developed as a blind traveler and the ways I saw other LGBTQ people being supported at the Louisiana Center for the Blind really helped me become proud of the feminine non-binary person that I am. For those of you who don’t know, this means that I don’t identify as a man or a woman. My gender identity also aligns more with femininity than masculinity. It took time for me to come to this conclusion, but after I spoke at the LGBT group’s meeting at last years’ national convention, I realized that there is a whole community of blind queer people excited about who they are across multiple identities. 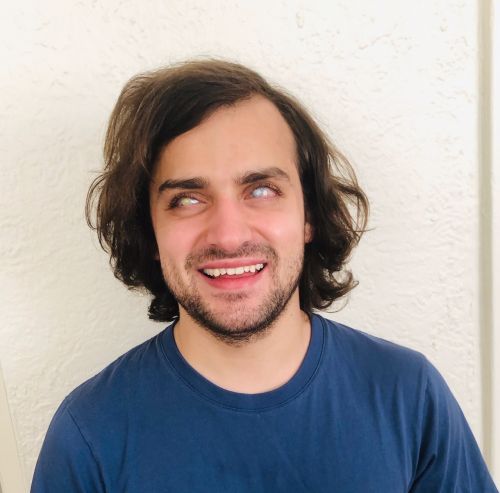 Unfortunately, I have not always received such a warm welcome. For example, in college I tried to have a heartfelt conversation with two family friends (parents of a blind child) about my struggles to arrive at and accept my gender identity—the first I ever had with an authority figure in my life. As part of that conversation, I explained how I always felt more comfortable around girls than with boys in school, and related that feeling to many similar experiences as an adult. And after this emotional story, I was told by one of them that I was wrong. “Look,” he said, “the real reason you get along better with women is because you’re blind. You couldn’t run around with the boys. Instead, you naturally started spending time with people who were more likely to talk and less likely to play sports: girls.”

Here I was trying to pour out my heart to people who I thought had good attitudes about blindness and who would validate my experiences. Instead, they explained it all away as, “You're blind.” They assumed that I was passive as a blind person, and therefore I could only connect with girls, who are also stereotyped as passive. In one short comment, they exposed their low expectations of blind people, portrayed women as weak, and negated my gender identity. Although these comments were centered around blindness stereotypes, they also combined misogyny and transphobia into a uniquely harmful message.

In spite of this and other negative experiences, I am proud of who I am. And to me, a crucial part of pride is hope. We in the LGBTQ community believe in ourselves and our worth, and we have hope that our rights and identities will be given greater respect in the future. But we don’t just hope passively. We advocate; we initiate; we agitate for change.

With this in mind I want to make two major points. The first focuses on other blind LGBTQ folks and the second on the NFB as a whole.

To the blind LGBTQ community: white folks like myself need to focus more on advocating for racial justice. We need to recognize the queer people of color that have done so much for the LGBTQ movement as a whole. For example, we recognize Sylvia Rivera and Marsha P. Johnson, transgender women of color who were involved in the Stonewall Uprising and continued to be an integral part of the modern LGBTQ rights movement. We also need to empower blind people of color, whether they are LGBTQ or not, whether they are out or not. Blind people of color are already advocating for themselves and doing important work in this organization. Now we as white folks need to listen, provide support, and share power. In short, we need to commit to equity and inclusion.

As a blind person, the NFB is where I finally found a place where I belong. Certainly, the NFB has taken significant steps to recognize the need for diversity and an inclusive environment. However, I periodically hear sentiments that the NFB has no business focusing on anything but blindness. I also hear that having divisions devoted to giving a voice to people with marginalized identities is a drain on our resources. Finally, I hear some NFB members share that racial equality is not a part of the organization’s mission. These statements devalue our members of color and ignore the linkages between ableism, racism, homophobia, and transphobia. Just look at my story with those family friends: it tied together ableism, transphobia, and misogyny into one guy's hurtful “theory.” These messages can really shame people, even unwittingly, into not being active, not feeling comfortable, and not feeling part of the Federation family.

There is clearly work yet to be done, but I am confident the NFB can rise to the challenge. We are innovators in the blindness field, and we can expand the scope of our work to uplift LGBTQ people and people of color in our organization. We value developing strong leaders from within, and we can do the hard work to make sure future leaders represent the diversity of our organization. Last, we recognize the dynamism that our divisions, groups, and committees bring to the NFB, and we can champion those that will nurture and elevate people with marginalized identities. Will it be hard? Yes. But I am proud of who we are and what we are capable of. As I said, I have hope.

By Justin Young
Read Justin Young's thoughts on the anniversary of the ADA and improving web and app accessibility.

Living with Diabetes As A Blind Person

By Danielle McCann
Danielle shares her experiences living with diabetes in the latest blog post.