I am currently fifty-seven years old and, as far as I know, the unemployment rate among the blind has not significantly changed during my lifetime. That rate stubbornly sits at around 70 percent. Despite advocacy efforts, civil rights laws, and advancements in technology (when accessible) providing more opportunities than ever for blind individuals to work, the unacceptable high unemployment rate has held solid over the past several decades. And of course, this staggering unemployment rate doesn’t even consider the underemployment of many of those blind individuals who are working.

I attended the Ohio State School for the Blind (OSSB) in Columbus, Ohio. While attending school at OSSB, we were often told that few of us would go to college and even fewer would hold productive jobs after high school. That prediction from OSSB staff has held true. I believe, of what would have been my graduating class of about ten students, I am currently the only one employed. I think that I am also the only one who has remained consistently employed over the years. Those kind of low employment numbers seem to hold true for other classes during my era as well. 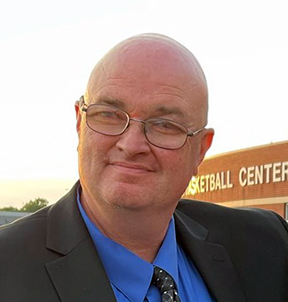 I first joined the National Federation of the Blind in 1986. Perhaps owing to our organization’s higher expectations, while working in three NFB affiliates (California, New York, and Ohio), I have observed slightly better employment numbers. However, I have also seen the impact of underemployment. I know individuals who have a master’s degree but work in customer service telephone jobs in order to have a job. Personally, despite having a law degree, while working for thirteen years for the State of California and eight years as a Medicare appeal officer, I was unable to break through beyond analyst-level positions.

Part of the cause of the staggering unemployment rate of the blind is continued discrimination, perpetuation of low expectations of the blind, and ignorance regarding the capacity of the blind. Once I left high school, I discovered very rapidly just how little confidence society has in the capacity of blind people to be successful.

First, when I was a student at Ohio State University in the fall of 1984, I was a journalism major. I envisioned a career of covering the news, particularly major political events, and perhaps even turning that work into books or TV material. But during my first advisory meeting, my journalism advisor told me that I would never be able to make it as a journalist. He told me that no one would hire a journalist who had both a vision and hearing disability. He was 100 percent convinced that if I was ever going to be able to work, it would be in an office setting.

I again experienced this kind of attitude attending a Sacramento California Community College in the early 1990s. At the time I was working for the State of California Lottery as a telemarketing sales representative selling scratch-off lottery tickets to lottery retailers. I had taken an interest in criminal justice and was taking a number of criminal justice classes at night. One of the reasons I was taking these classes is that I was intrigued by a job classification within the California Department of Justice as a Criminal Intelligence Analyst. It was a desk job that analyzed police reports and crime statistics to ascertain patterns in criminal activity. I ran into a solid brick wall pursuing this goal. My professors in the criminal justice classes questioned why I was taking the classes because they said no police agency would ever hire a person with a disability, even for an office-based job. They said law enforcement just would not accept that a blind person could do a law-enforcement-related job. Then, despite these warnings I applied for an entry level Criminal Intelligence Analyst position with the California Department of Justice. I got an interview. But I hadn’t disclosed anything about my vision or hearing in the application. When I went to the interview, you could see the attitude shift immediately in the interviewers. They had absolutely no interest in hiring a person who was blind and had a hearing loss. Despite having the classes, having worked as a paralegal, and having met all the entry level requirements, it was clear they didn’t think I could do the job.

Then, in 2004 after I passed the California Bar, and now over ten years after passage of the ADA, I tried to obtain attorney jobs with the Sacramento District Attorneys Office and the California Attorney Generals Office. I was seeking to be a prosecutor. But I once again ran into the same attitude that blind and low-vision people simply were not capable of working in the criminal justice field.

I have also seen the impact of low expectations in other ways. For example, while many rehabilitation professionals and agencies work diligently to find viable employment opportunities for the blind, part of the problem is that vocational rehabilitation sets its sites very low. Generally, the system’s goal is to get people into entry-level jobs without any consideration of whether those jobs will lead to sustained employment or career advancement. To me the fact that the unemployment rate of the blind hasn’t improved significantly in fifty plus years indicates that the vocational rehabilitation system is not working as it was originally intended.

Self-Employment Is an Option

It is these experiences and observations that have led me to believe that self-employment is one way we can use to address the 70 percent unemployment rate amongst the blind. Unfortunately, many blind people have not received the training and developed the confidence to push through the low expectations that discourage them from pursuing self-employment goals. In addition, the economic reality is that because of the lack of traditional employment opportunities, many blind individuals have not developed the economic resources needed to venture into opportunities such as self-employment.

I have believed for years that programs are needed to encourage and assist those blind individuals who are interested in running their own businesses. Although self-employment is a viable vocational goal that some agencies support as an approved vocational rehabilitation service, many rehabilitation professionals are simply ill equipped to assist blind consumers design and implement a self-employment vocational strategy. In addition, some agencies still will not support self-employment as an approved vocational rehabilitation goal. These agencies often cite as their reasoning that it is difficult to start a business and they can’t support startups because of the 50 percent failure rate. What these agencies do not appear to see is that when there is a 50 percent failure rate, there is an equivalent 50 percent success rate.

Owning your own business has the advantage of avoiding the discrimination and limitations that often come from the traditional hiring process. With hard work and dedication, business owners can also have far greater income opportunities than those working nine-to-five jobs where income is, relatively speaking, locked in, particularly if you can’t get promoted.

While many think of owning a business as the traditional small business venture such as a franchise, a neighborhood restaurant, a solo professional practice, etc., in today’s economy there are also many smaller, almost micro, business opportunities available. It is called the gig economy. Some refer to it as freelancing.

The lack of emphasis in developing services and systems to support small business/freelance work opportunities for the blind is keeping blind workers from accessing a large portion of the available job market. An August 12, 2021, Forbes article indicated that the gig economy grew by 33 percent in 2020 and was continuing to grow faster than the overall economy. The article also said that data indicated that 35 percent of the United States workforce was working in the gig economy and that Statista estimated that by 2027 50 percent of the United States workforce will be earning income from the gig economy.

Many think of the gig economy as being jobs like Uber and Lyft drivers or Uber Eats, DoorDash, or Grub Hub food delivery jobs. The market certainly includes many of these types of positions. But it also includes many other freelance positions such as writers, IT professionals, web designers, photographers, artists, crafters, dog walkers, house sitters, and just about any job you can imagine. In fact, there is probably an opportunity available for just about anyone interested, and there is so much room for innovation.

Looking for a freelance job/gig or starting a full-blown small business are both perfectly viable alternative options to live the life you want to live. Blindness should not be the characteristic that holds you back from achieving independence through small business ownership, freelance work, and/or gigs.

If you’re a blind entrepreneur, we want to hear your story, connect with us at [email protected].

Hanging Up the Harness

by Schulzman Walter Shannon McCann (aka Schulz) My name is Schulzman Walter Shannon McCann, but most people call me Schulz or “Good Boy.” I’m a seven-year-old black lab and for about five years, I was a Seeing Eye dog. So many people think that just because guide dog handlers are blind, we, the dogs, do all of the work. That’s inaccurate. I was an equal partner with my mom. (She named herself that; not all handlers do.) She knew where to go and how to navigate things such as traffic. I got us where we needed to be, safely. It took both of us working in tandem to be a successful team. We trained at the Seeing Eye which is a guide-dog-training school. There are many schools around the world. There are also programs designed by handlers who train their own dogs.
read more

A Definition of Blindness